What factors cause automobiles depreciation?  Everyone understands the accumulation of kilometers can make the value less, obviously advances in technology over the years can make your current car worth less, not really sure why a change in ownership causes the car to become less valuable but we accept it as a fact. But there must be more to the story and indeed there is.

#1 LOGIC  Cars could be engineered and built to last much longer than they do if engineering and production cost weren't issues which of course they are. To be competitive these additional engineering and production cost that would prolong the life of automobiles are waived in favor of providing a product that will last for a designated period of time. Decisions are made in the development and engineering stage as to the types of materials and labor costs they are willing to apply to the individual components that make up the whole of the vehicle.

While modern cars are certainly not finished with their usefulness in 3 or 6 years they do enter a phase when repairs can be expected.  To validate this point note that that new car manufacturers in most cases limit the new car warranties to 3 years, recently some manufacturers have pushed to 7 but this is always with conditions.  Look at it from the manufacturers standpoint, the warranty is there to sell cars not repair them.  Based on their experience and privileged information (the engineering obsolescence factor) the manufacturer does not expect the warranty to be used, in the first 3 years.  It’s the same as making or taking a bet.  If you are not a gambler you will only take or make a bet when you have inside information and are pretty sure you right.  The odds of repairs needing attention after 3 years or 100k km grow significantly because of their built in engineering obsolescence, therefore the 3 year warranty limit.

#2 LOGIC  Individual components have a certain shelf life and the public too by experience is aware problems can begin to surface in the 3-7 year time frame, consumers have been conditioned to spend money again to get a new or newer version to put the odds back in their favor and regain that dependability that comes with a new car.

So the depreciation caused by engineering obsolescence is a production cost assessment issue, its logical.

The second Planned Obsolescence system is a different bird altogether, its contrived and is geared to work on our vanities.   It’s called Aesthetic obsolescence.   It’s designed to make you dissatisfied with the way your car looks so much so that you will trade it in for a new one  - purely cosmetic.    This plan was implemented in the 1920’s by General Motors (GM).  They were so successful with this plan that in just 7 short years from adopting this marketing strategy they over took Ford Motor Company as the #1 car manufacturer in the United States.

It’s a simple strategy, on average every 6-8 years completely redesign a model - they call it a platform change or we know it as next generation.  Platform changes are very expensive therefore there are always several years in between them.  These changes cause cars to look dated prompting the customer to buy new.  It also plays havoc on the depreciation values of older models causing them to accelerate their depreciation.

From year to year inside of the platform changes you will witness minor less expensive cosmetic changes like a headlight or taillight change, audio or navigation upgrades which have their own engineered obsolescence built in, or extra padding in the seats more acoustic dampening material installed etc.  These also will affect the resale values but not as drastically as a platform change which really dates the car.   Depreciation caused by aesthetic planned obsolescence is the major factor in stimulating new car sales, and perpetuating older model depreciation rates.

I'm Not a Slave to Fashion

It’s very common for persons to comment when we first begin our discovery sessions that they don’t need the most recent improvements or current model looks and we understand they are conveying they are not slaves to the market trends.  But they soon realize that even if they are not slavish - the market is.   The market rewards those who have the most up to date, and it is this market that will control how much you may ask for your car once you are finished with its service.   The market will be factoring in the platform changes and this will effect if prospective buyers will call about your generation model or use it against you in the negotiation process.

Consider the viewpoint of the person who will be buying your car at a later date, after all they are the ones that will dictate the total amount the car cost you to own. They are going to be buying a used car more often than not because this is what their financial situation dictates. If they could afford it they too would like to be in a new car with full warranty protection, but their situation just will not permit it.  Whatever money they are going to spend to buy your car is going to be a lot to them.  They are going to want as new or as in style as they can with the budget that they have at their disposal.

These links direct you to view samplings of models for lease. 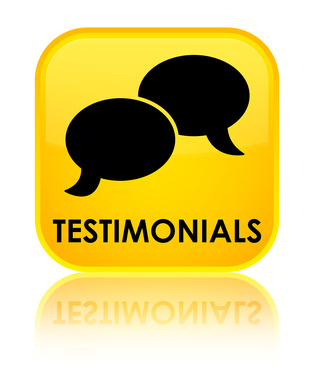 Click the testimonial button for video and written reviews from our clients.